I realise i didn’t had the luxury of creating a home video as a kid, hence I wanted to use this opportunity to present my collection in the form of a film.

Based on the feeling of overwhelmed, I redirected the emotion into a mood film I shot in Japan named “Dear You”. My project follows the sequel, a second narrative film shot in Hong Kong named “Paper Boys” which follows a “paper” boy who felt overwhelmed and decided to leave his life behind, however after reaching the epiphany (explosion), he realises in the end that he is still very much a papery boy at heart. Collaborated with friends at the Royal College of Music, we composed a poetic soundtrack specifically for my body of work. These films serve as a form of a self portraiture.

In traditional Chinese self portraiture, Shan Shui painting or geology were used as a form of metaphor of self reflection, hence being inspired by He Jian Chen’s paintings of rock, it provides the mood I wanted to achieve within the plot. With the inspiration of the granular texture from the film, as well as surface texture of the rock, I develop my own material: slime, a malleable material that when cool, stays stiff and when it’s steamed, it’s soft as leather and can be mould and stitched.

Texture and grain was explored through several textile techniques, screen printing and spray paints in order to achieve the gradual change in grains and texture within the collection. I also developed an oil paint print transfer technique that allows me to build layers of colours and opacity and transfer onto the surface any fabric as well as my slime. Although the collection is mostly worn by men, it primarily focuses on women’s garment details.

I hope that as the model walks down the runway, when they are photographed or filmed, the image will present itself as a still from the “film.” Hence creating a moving film gallery. The catwalk itself results in the third sequel of my film series.

Thank you to my team of helpers 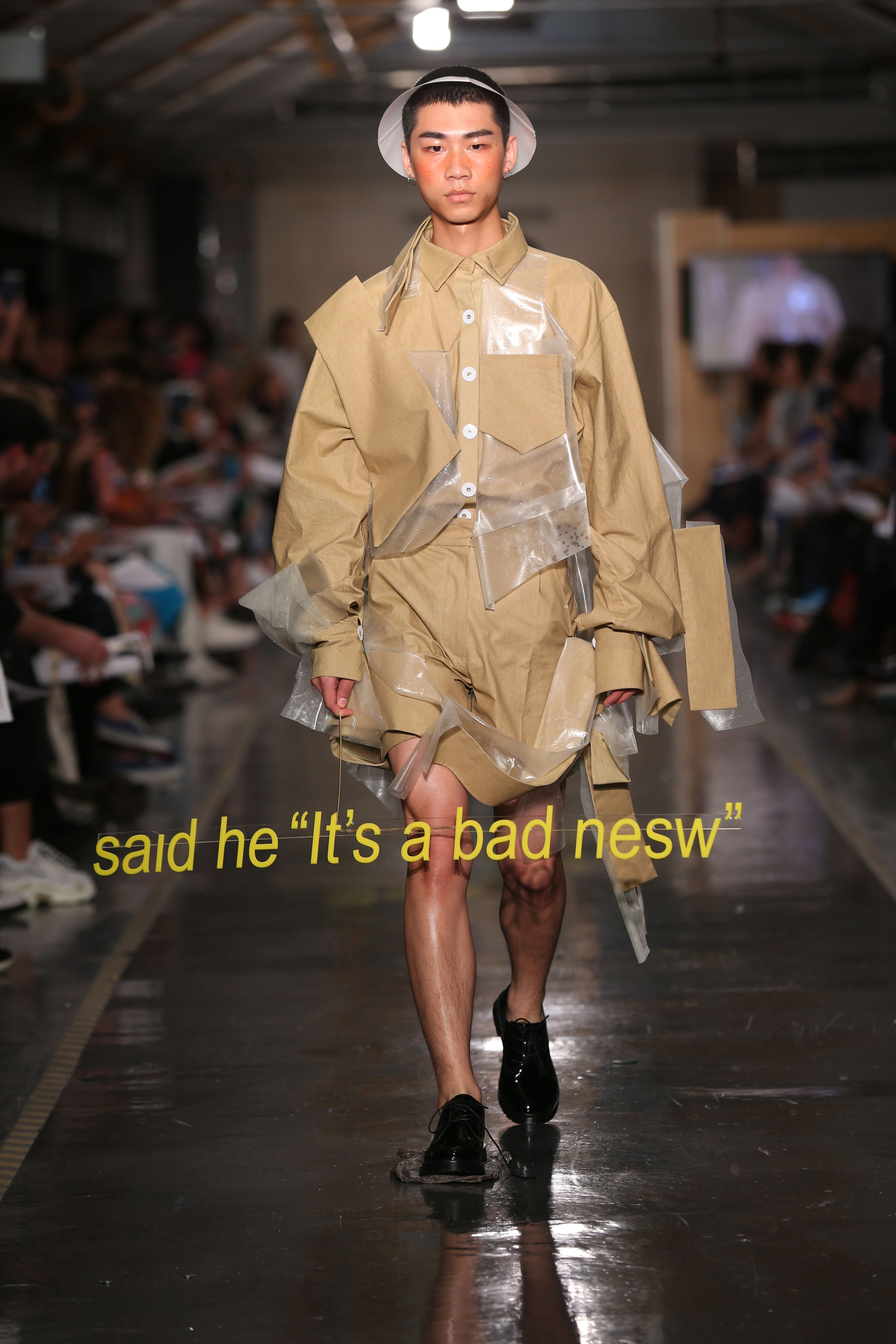 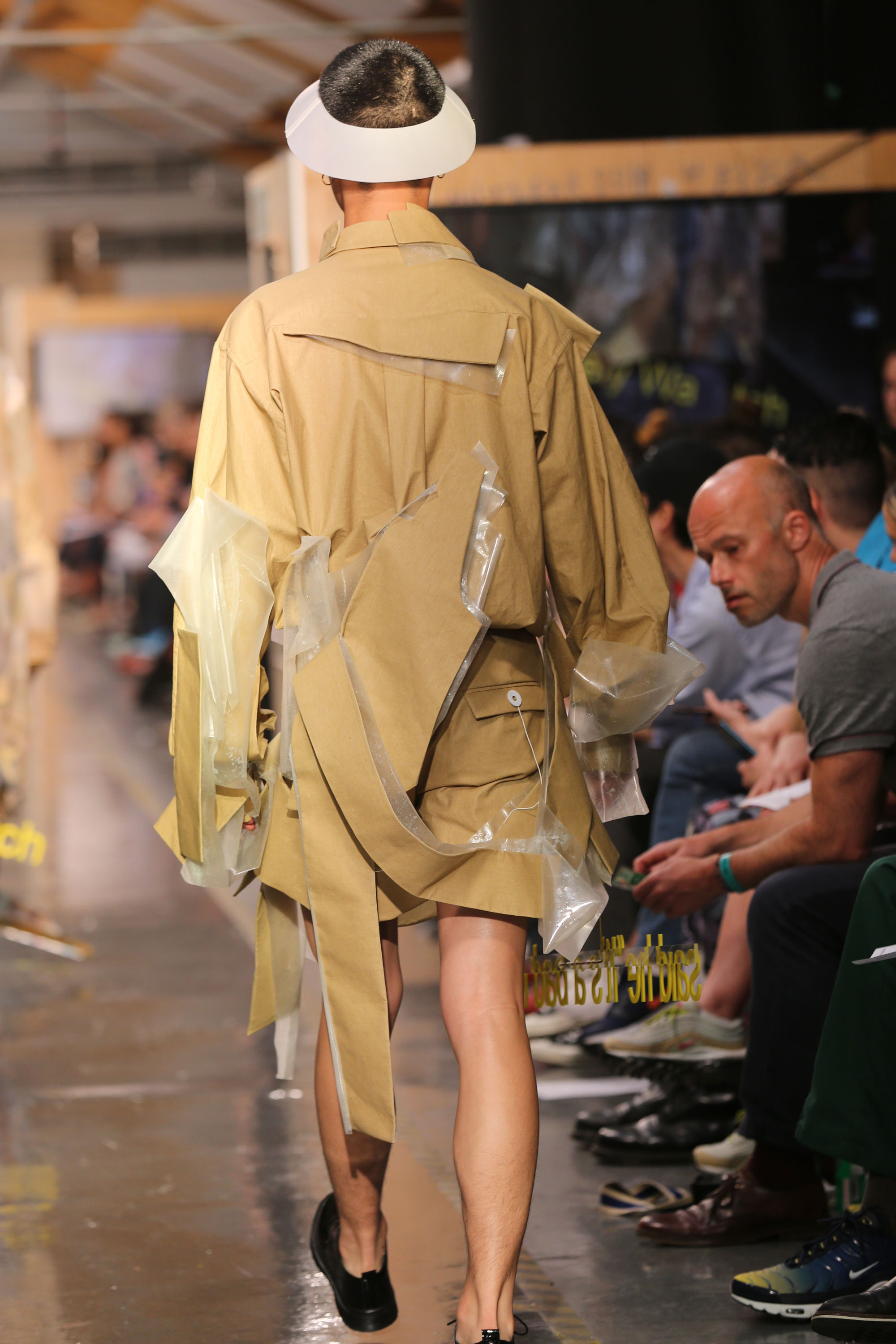 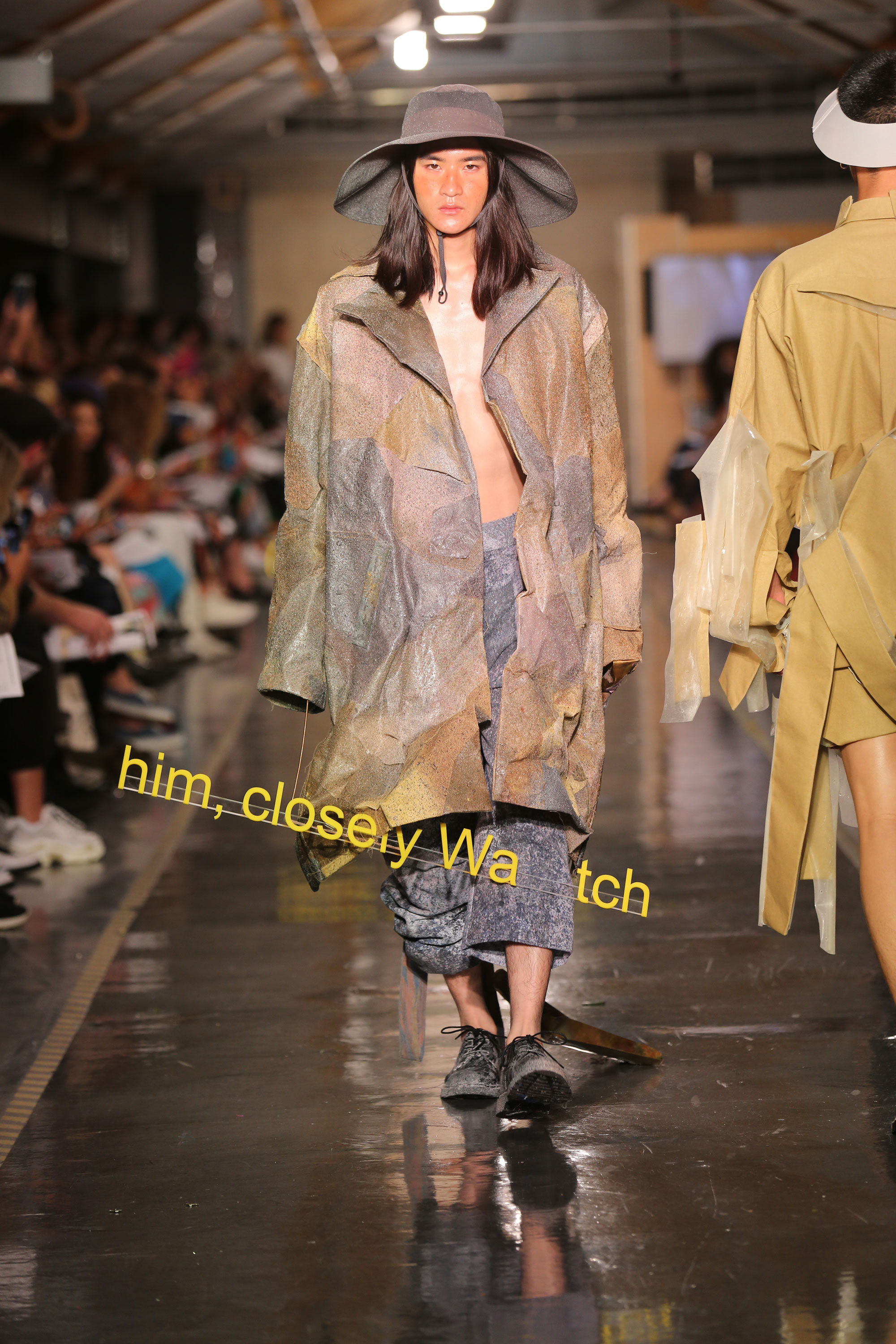 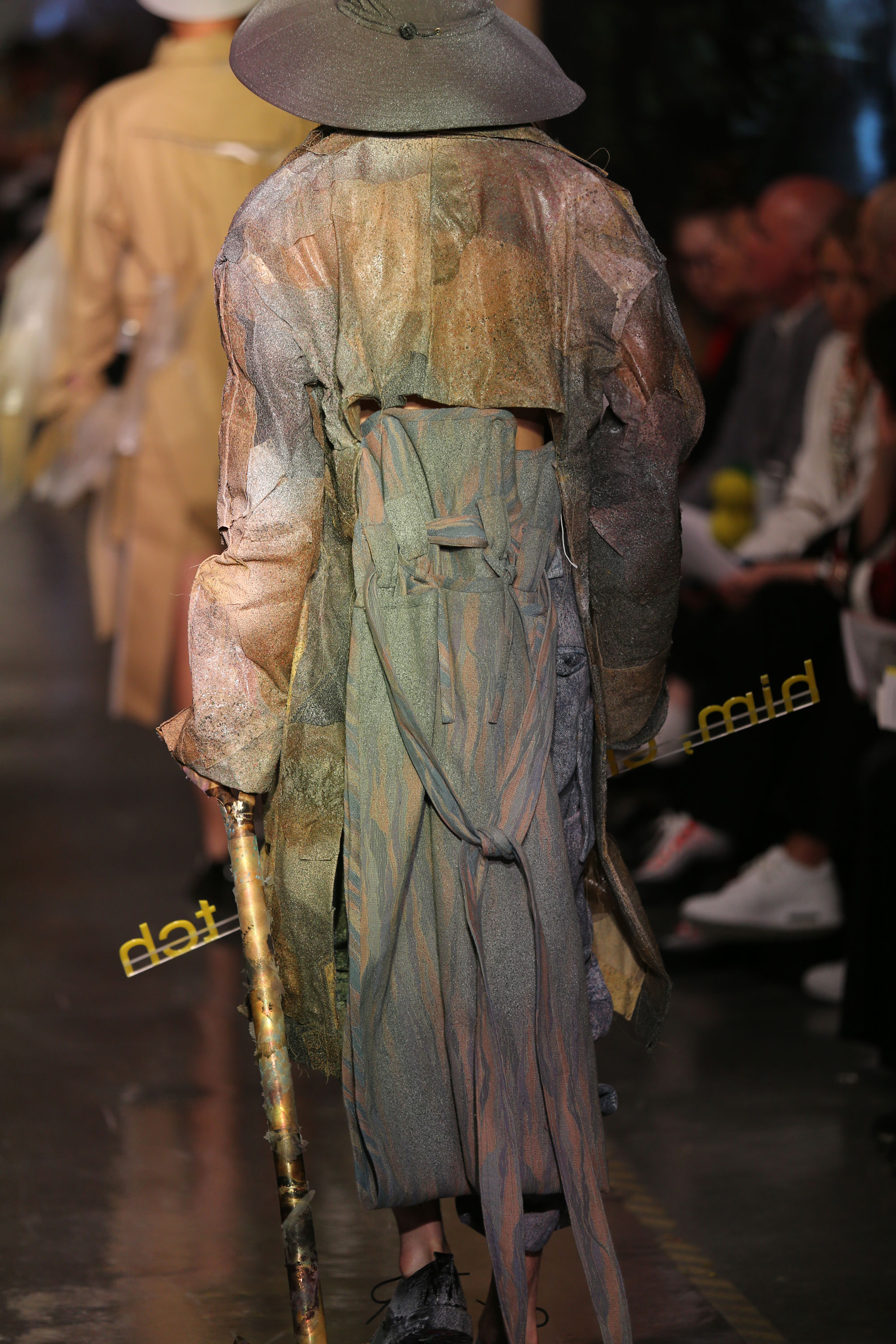 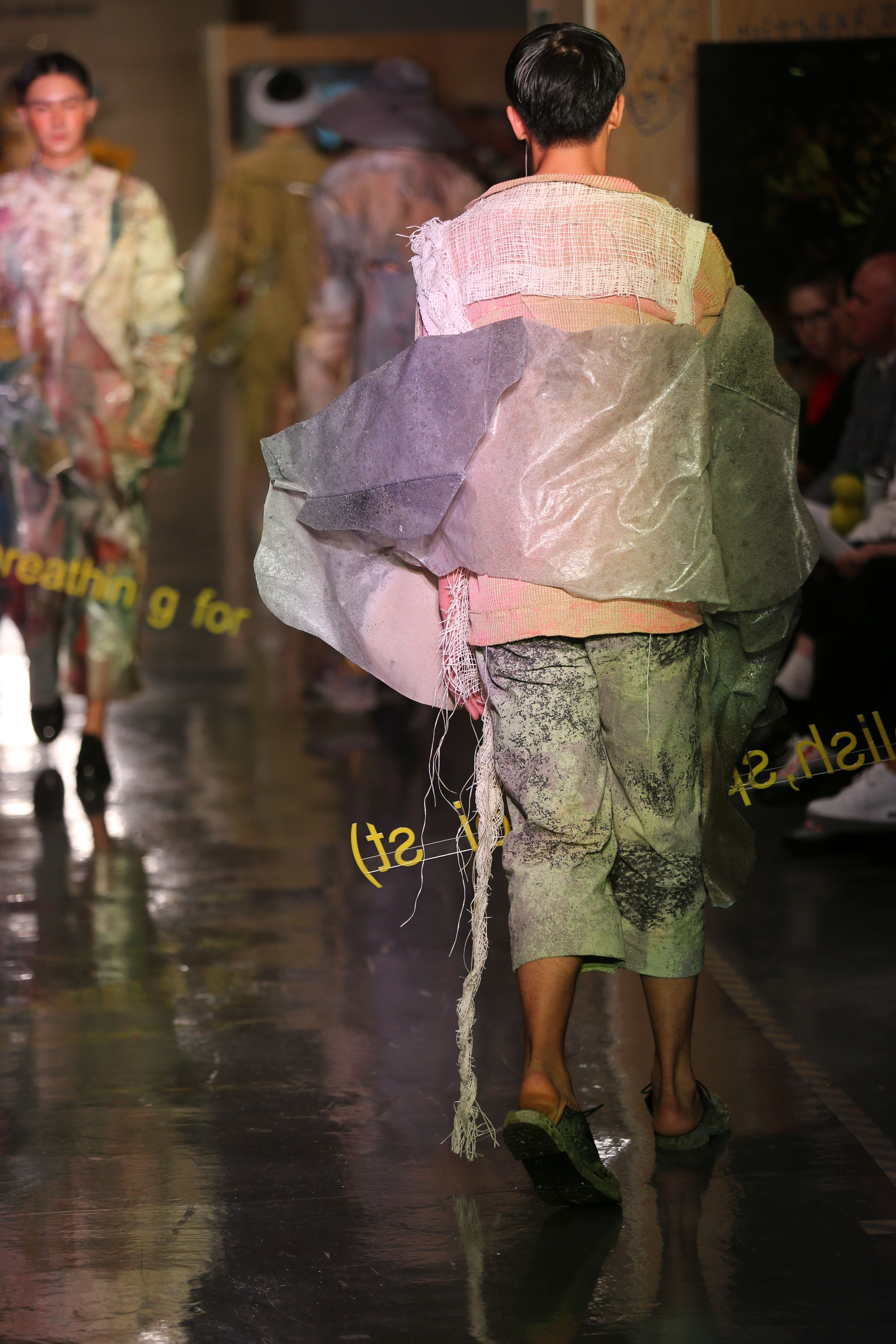 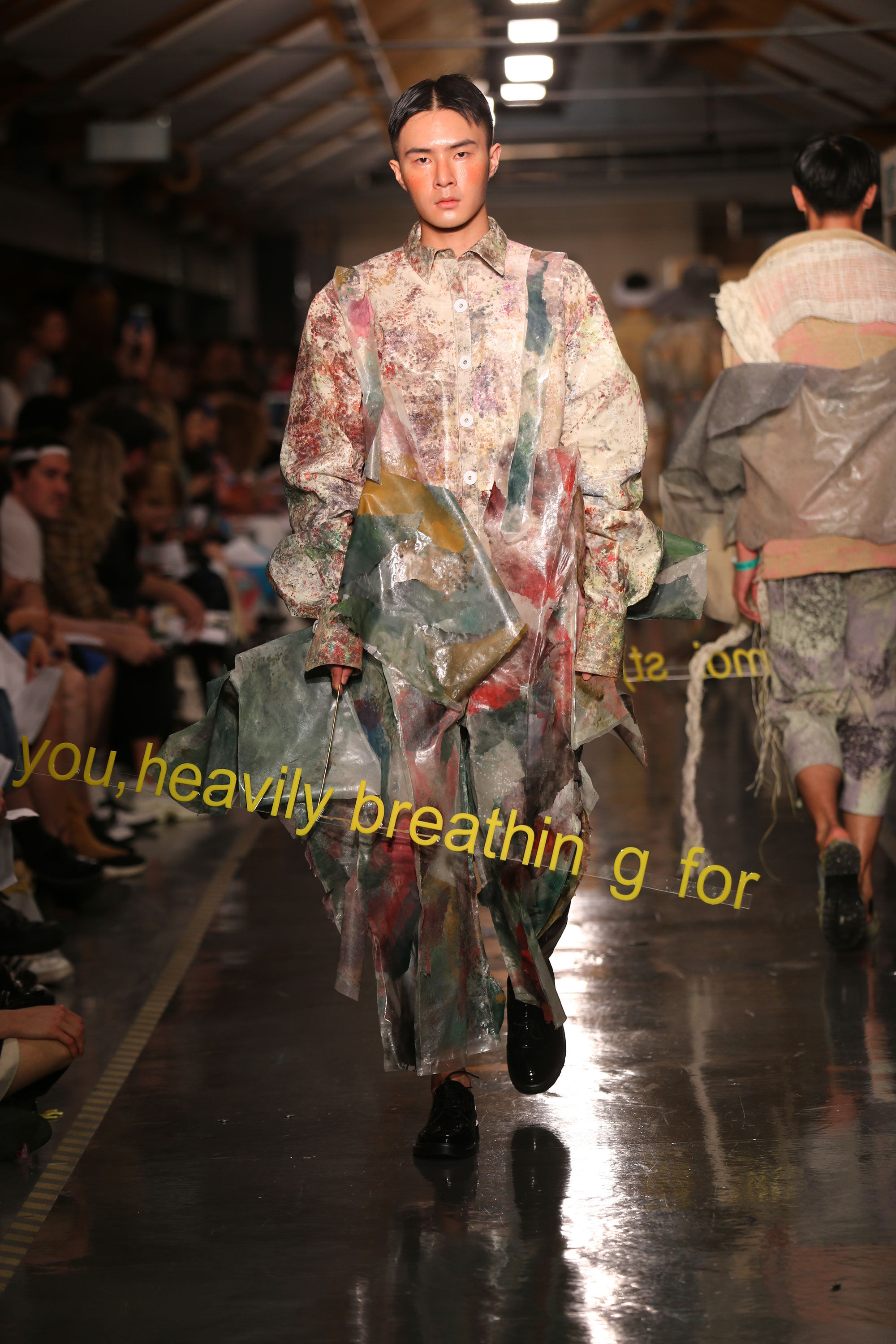 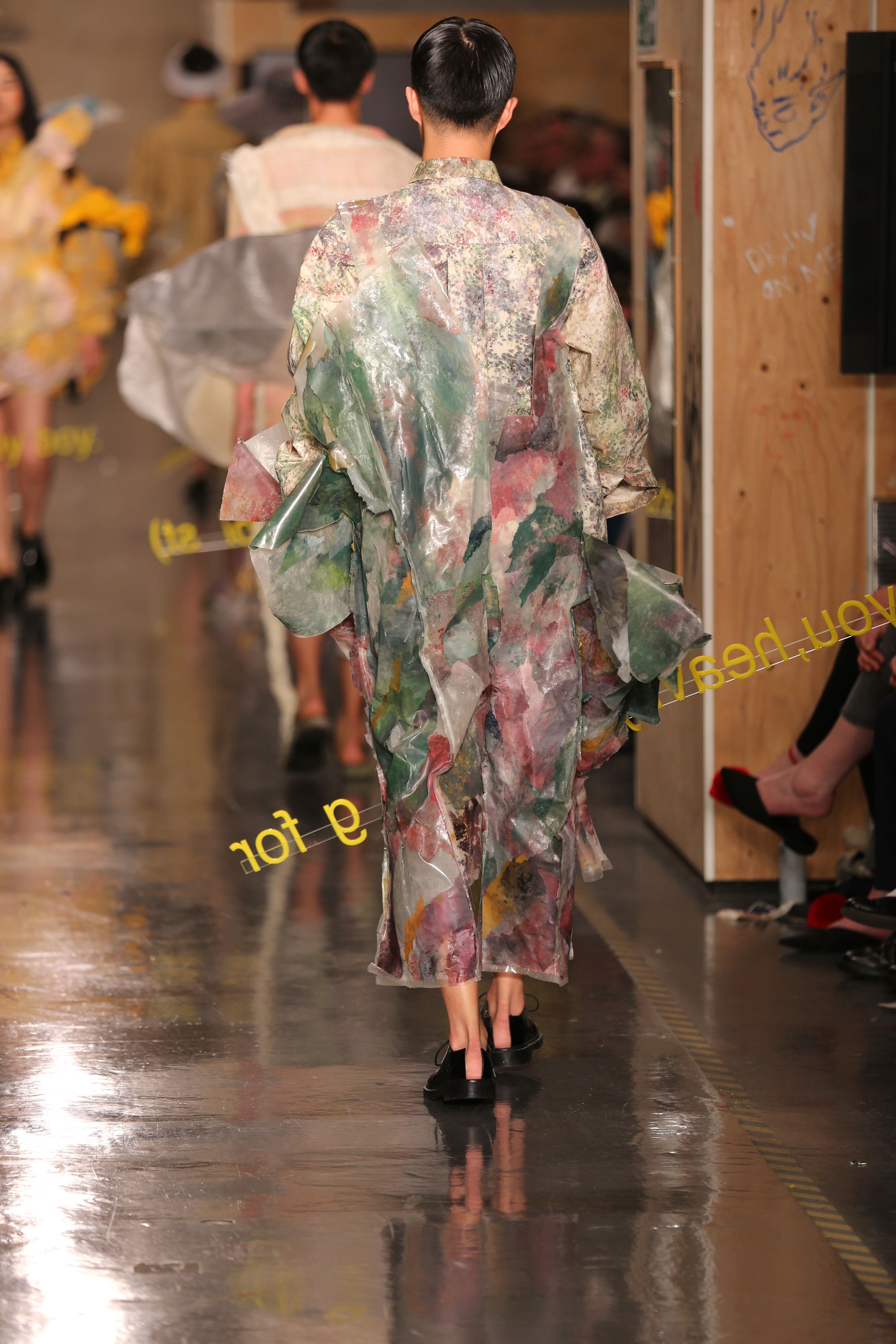 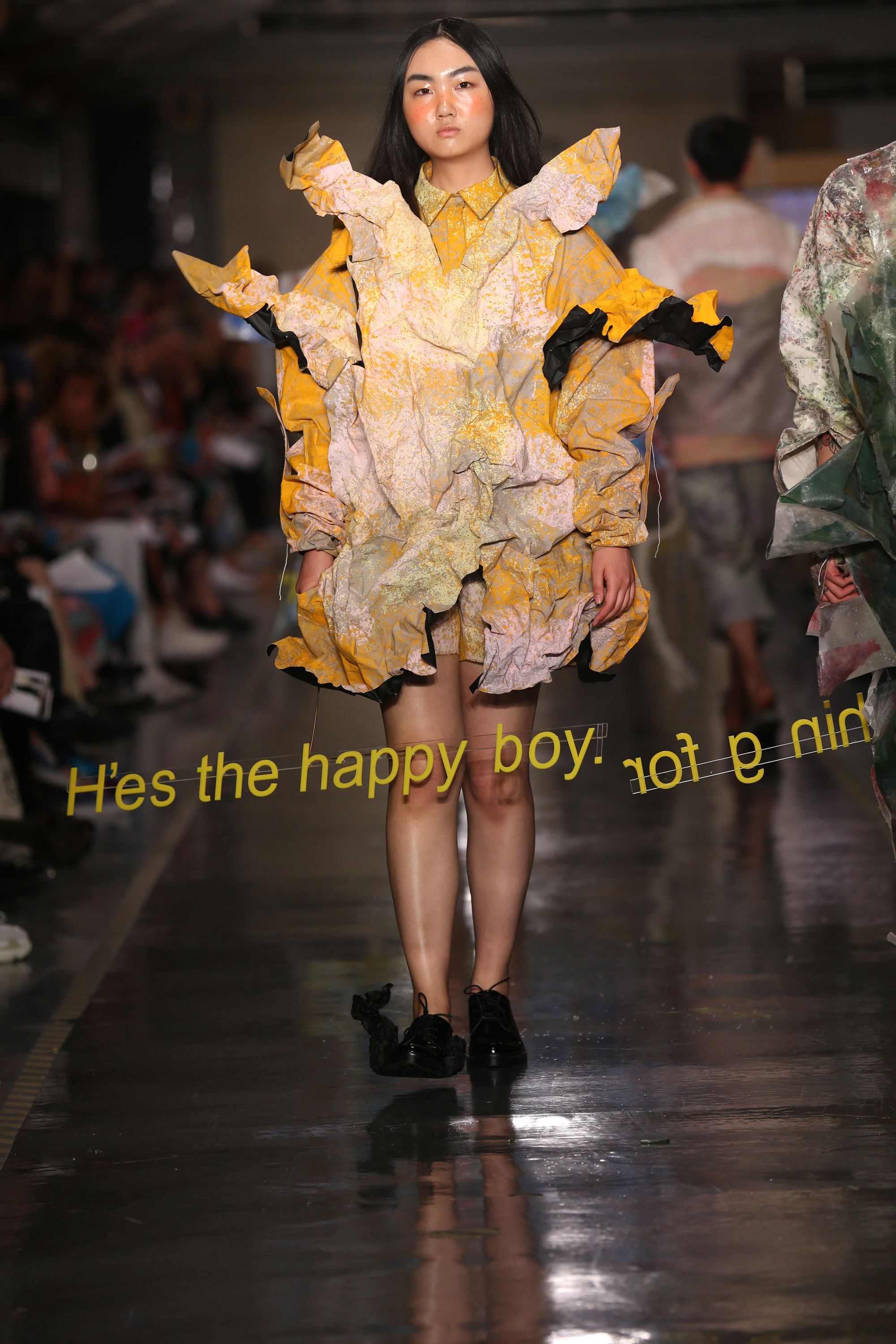 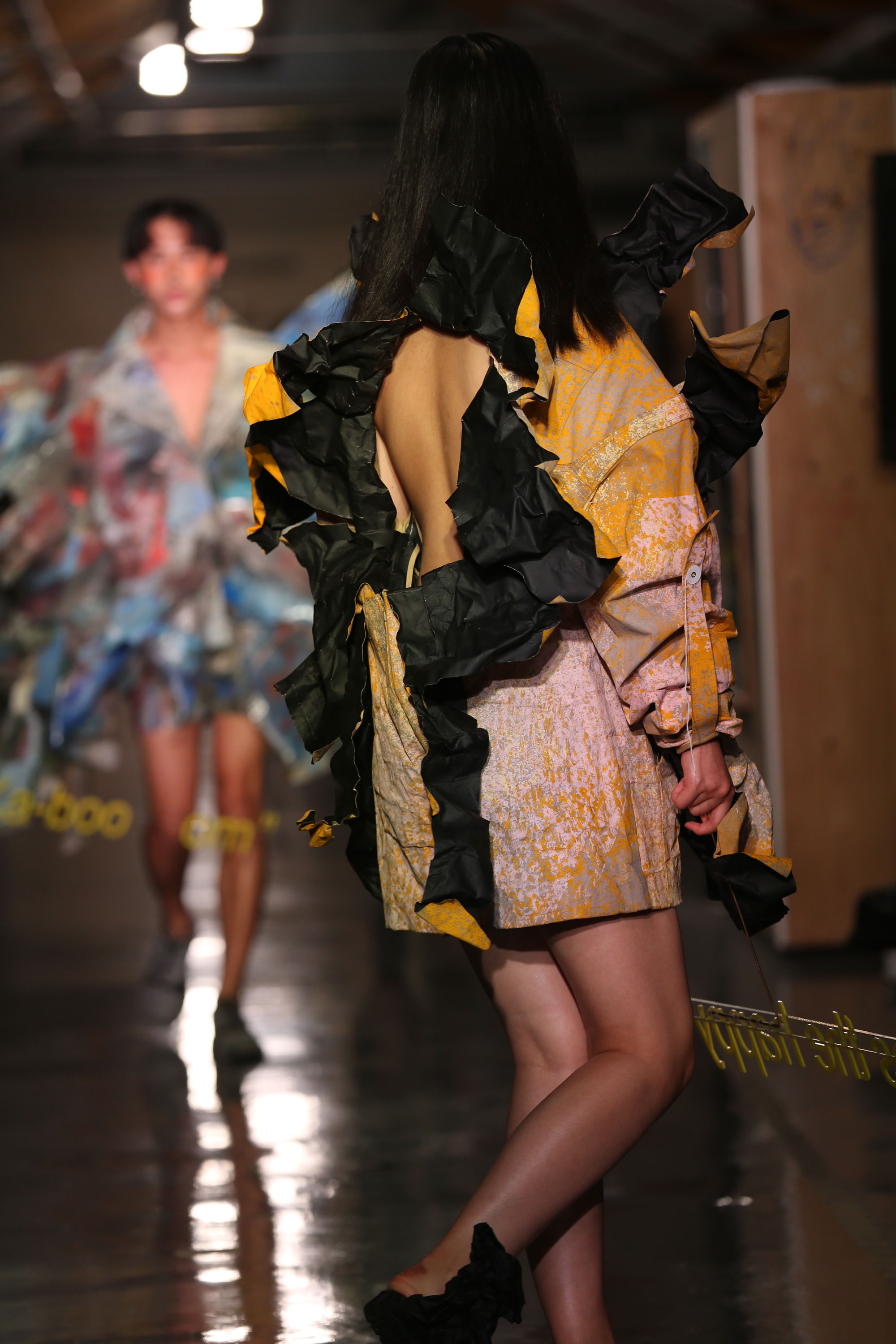 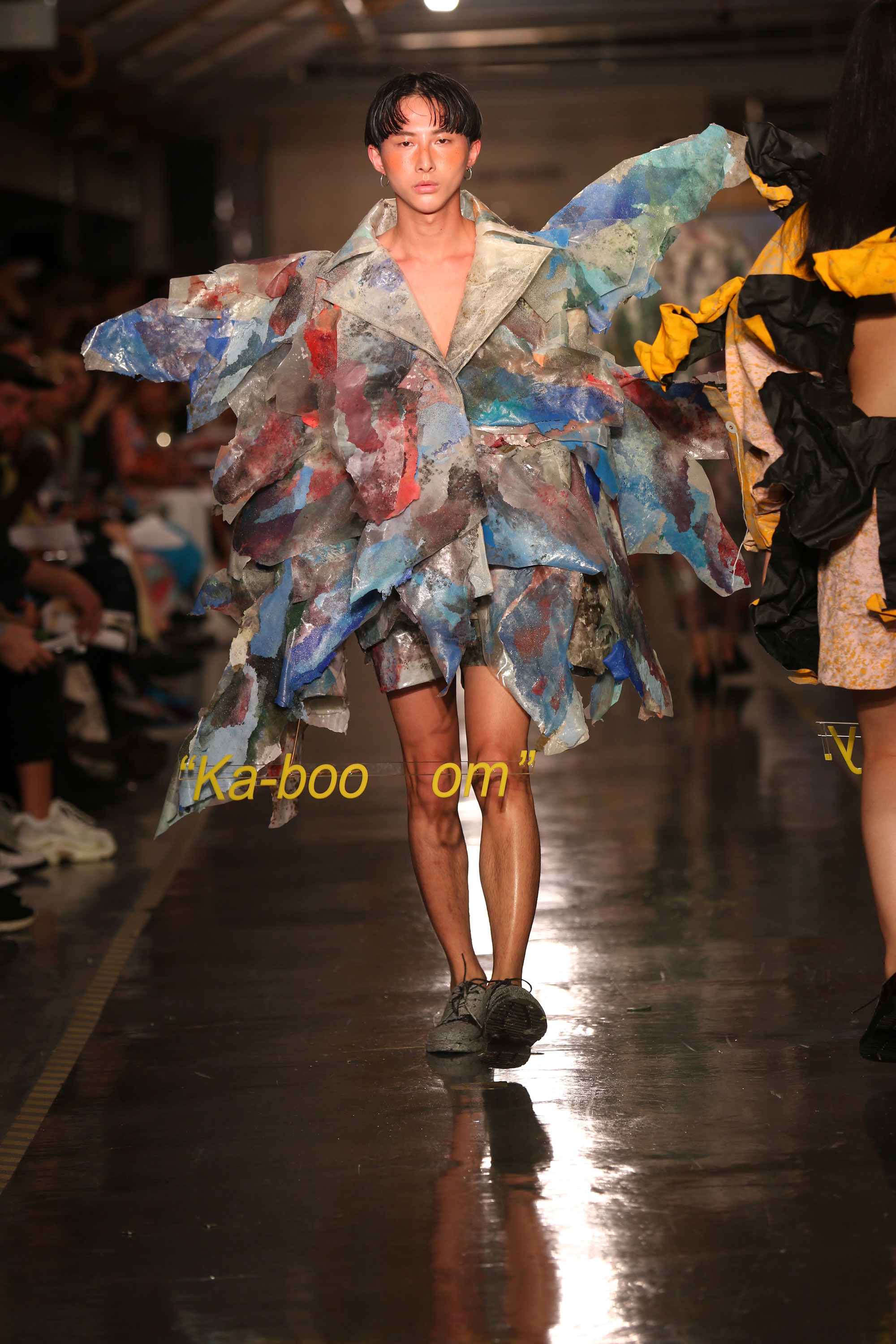 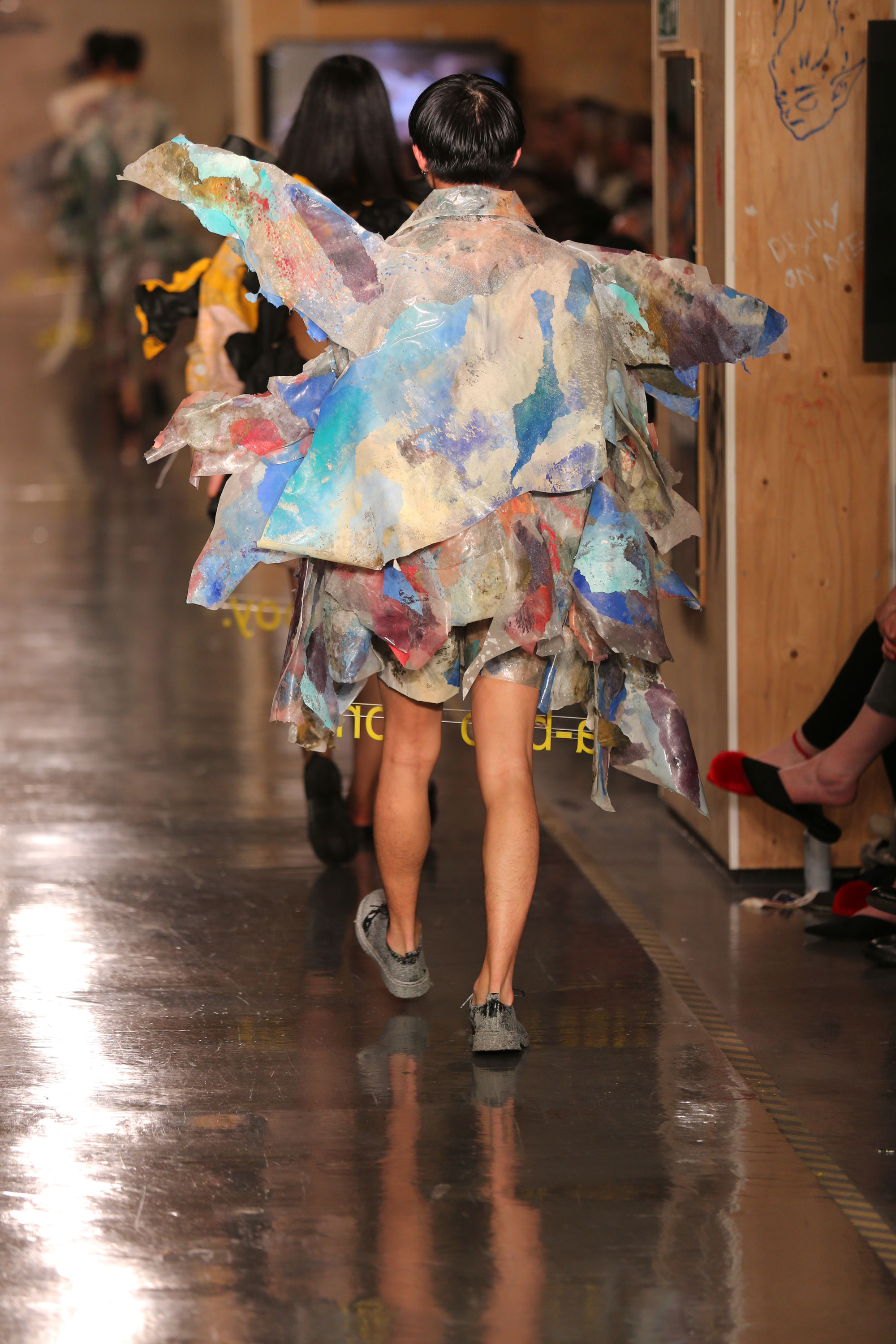